What to Do When ‘Invisible’ Ink Reappears

What to Do When ‘Invisible’ Ink Reappears 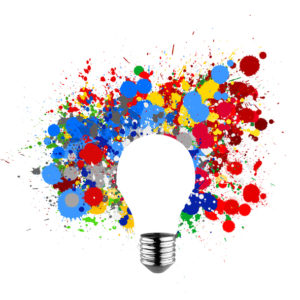 What to Do When Invisible Ink Reappears

Recently, we have seen a dramatic surge in the volume of products when “invisible” markings show up on finished products when shipped to cold climates.   And if you’re wondering if invisible ink can stain, the answer is yes.  Temperature-sensitive markings can reappear on imported clothing, leaving apparel and consumer goods damaged and sub-standard.

Quality Corrections and Inspections has developed a proprietary, environmentally friendly for this problem and could help your company save millions in possible lost sales due to temperature sensitive markings showing up on finished footwear or apparel.

Contact Quality Corrections and Inspections today to fix this problem completely and permanently.

The Issue With Temperature-Sensitive Markings

Retailers across the country are seeing these marks “magically” return on their supposedly floor-ready inventory.  These marks are caused by the use of temperature-sensitive, or thermal sensitive, invisible ink, used in the manufacturing process. Manufacturers use invisible ink to mark the places where seams, pockets, logos, buttons, etc., should be added to the garment or shoe.   The invisible markings work well for streamlining the manufacturing process, which depending on the product involves heat at some point and the marks “disappear”.

While apparel and footwear are in transit, changes in temperature can cause these markings to reappear and compromise the value of the product.  This is particularly true as apparel and footwear products are transported from warmer climates (Asia, India, Africa) into cooler ones, such as the eastern half of the United States.

As Winter temperatures in the United States, especially along the East Coast, have been significantly colder than average, more and more of this thermal-sensitive ink has begun to reappear than ever before.

Temperature Sensitive Markings, sometimes called “Invisible Ink” are used by apparel and footwear manufacturers in any production process that is not fully automated.

Temperature-sensitive markings reappearing on finished goods can cause millions of dollars in losses for importers and retailers as the footwear or apparel is discovered to be unsalable or returned.  If entire P.O.’s are returned to vendor, in addition to material costs, there is a substantial loss of time as goods are reproduced and reshipped from overseas.

Retailers are often told by manufacturers that a simple application of steam or heat will make the invisible ink fade from view again, but this is only a temporary solution. Sooner or later the ink will show up again if exposed to any significant decrease of temperature.   What is needed is a thorough spot cleaning process with specialized cleaning chemicals to completely remove the invisible ink.

Why You Almost Never Need to Return Imported Footwear to Vendor

It may be tempting to throw up your hands and send entire shipments of apparel or footwear back to the original vendor.  However, you could be throwing away millions of dollars in salvageable inventory and sales, lost time and the negative environmental impact of destroying merchandise.

QCI can solve your invisible ink problems and restore footwear and apparel to their original specifications and a floor-ready condition for a fraction of the cost.

You’ve Got a Problem? We’ve Got a Solution

Quality Corrections and Inspections has developed a proprietary, environmentally-safe solution for this problem that will help your company save millions in possible lost sales due to temperature sensitive markings showing up on finished footwear or apparel.

Contact Quality Corrections and Inspections today to fix this problem completely and permanently.